Sometimes runners like to dress up on race day. I've been participating in Disney races since 2016, and it's always a lot of fun to dress up for those events.

It doesn't have to been a Disney race for runners to wear costumes, though. Some races are famous for their costumed runners, like Bay to Breakers. Turkey Trots and Christmas races attract a lot of casual runners and walkers, and a lot of fun holiday costumes. And of course it's a lot of fun to dress up a Halloween race!

For the Star Wars race weekends at Walt Disney World, I would usually run all three events: a 5K; followed by a 10K; followed by a half marathon. For the 5K race I liked to be silly and dress up as a non-Star Wars character. Star Trek always seemed like a great option. It was extra fun when interacting with official runDisney characters as well as members of the 501st on the course -- a lot of those 501sties are Star Trek fans, too!

During the Dark Side 5K in 2018, I dressed up as a Discovery medical officer. (You can read my race report here: 2018 Star Wars Dark Side 5K). Here's what you'll need to recreate this fun and easy running costume outfit look. 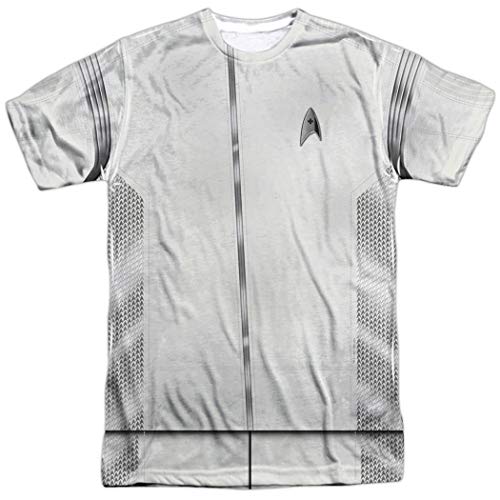 This sublimated costume t-shirt was perfect for my needs. The Discovery uniform shirt comes in several different colors, including designs for command officers, science officers, and engineering officers (all blue with different detailing).

This is a polyester shirt with sublimation all-over printing so it looks great, but it's not very lightweight and it's not moisture-wicking. It was a relatively cool (for Florida, in April) morning for the race, so I opted to wear a white long sleeve tech shirt under this costume shirt. That gave me the look of wearing a long sleeve uniform top. This way I was also able to keep warm while standing around waiting for the start of the race, and cool once it was time to start running. 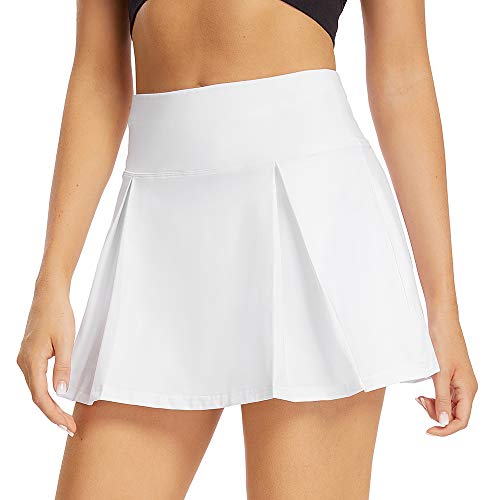 For my race, I wore a white SparkleSkirt that I had in my closet already. Any white bottoms would work well with this costume, like this affordable white running skirt with shorts attached. If you go with shorts or pants, make sure they're not see through... or be sure to choose your undergarments wisely!

If you end up liking this particular skirt, it comes in different colors and cuts so you could get more to have on hand for future costume runs. 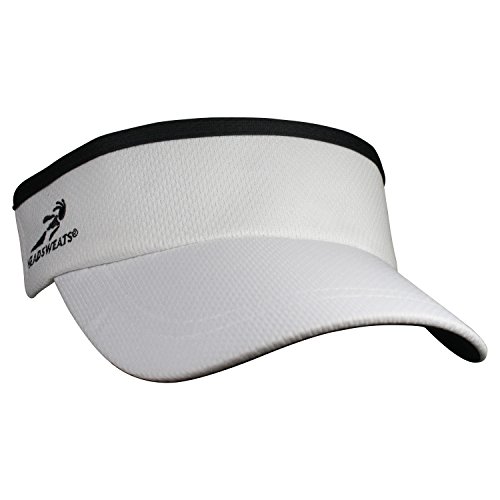 I really like Headsweats visors, so I did a little crafting to make a plain white Headsweats visor into a costume hat for this outfit. I used dark blue felt letters to spell out DISCO, for Discovery, on the front of the visor. 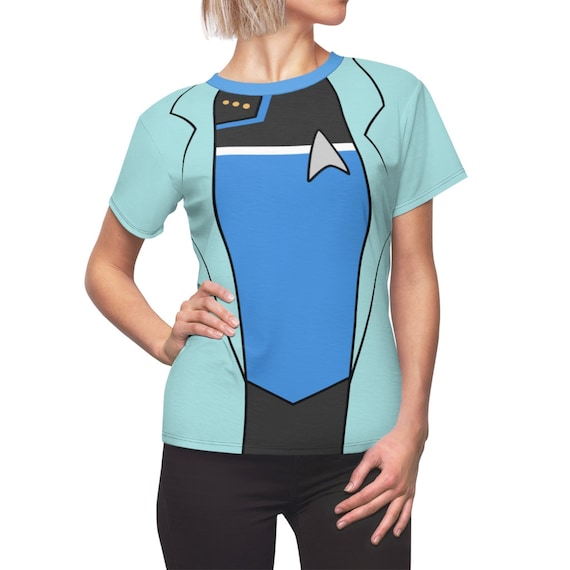 Sometimes runners like to dress up on race day. I've been participating in Disney races since 2016, and it's always a lot of fun to dress up for those events. Twice I've had a blast dressing up as... 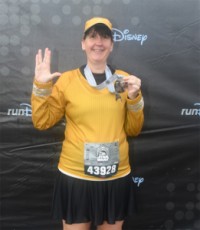 Sometimes runners like to dress up for races! I've been running Disney races for a while, and it's always so much fun to dress up for those events. It doesn't have to been a theme park event to dress up, though. Some races are famous for their costumed runners,...

WeLoveTrek.com is not endorsed, sponsored or affiliated with CBS Studios Inc., Paramount Pictures Corp or the STAR TREK franchise. STAR TREK and all its related marks, logos, and characters are owned by CBS Studios Inc.
Copyright 2022 We Love Trek – All Rights Reserved. – Terms of Use & Privacy Policy