Warning! The following post contains mild spoilers for the fourth episode of season three of Star Trek: Discovery, Forget Me Not.

The episode finds the Discovery traveling to Trill to follow whatever clues may lie within Adira, a new crew-mate with a mysterious past. As that plays out, the rest of the crew struggles with their own new lives so far in the unfamiliar future.

Haiku is a form of poetry that originated in Japan. The traditional American English interpretation of these short form poems has three lines, with 5, 7, and 5 syllables, or sound units, which are called On in Japanese. They don't have to rhyme.

This is what Georgiou says, which seems to come out of nowhere at the dinner party.

Hugh gives the art form a try before some others give it a go, to mixed success and reaction.

Unfortunately, tensions rise at the table as others try their own haiku. Things come to a head when Detmer is cajoled into participating; she ends up insulting Stamets and breaking up the gathering.

I enjoyed this episode! Here are some quick reaction thoughts.

I thought was a good idea to have Culber narrating the opening, as both story-lines in this episode deal with the health of crew members. It was a nice setup for what was to come.

I like how this story line played out. The writers did a great job getting in Adira's rather complicated backstory as a kind of reluctant and atypical Trill against the backdrop of the troubles the entire universe is facing after The Burn.

It's interesting that Saru is still struggling in his leadership role. He does a great job displaying strength to the crew and adversaries while privately he still has self-doubt. I like how that keeps playing out.

I was getting worried about Detmer's obvious distress displayed in the last couple of episodes. I love how Star Trek has brought up mental health as an important part of overall health. It's been on the national social radar for some years now, but the pandemic this year has brought it even more into focus.

The suggested relaxation activities made me laugh out loud. Being a long-time fan of Buster Keaton, I was extremely excited to hear the computer mention showing movies by The Great Stone Face to help alleviate crew anxiety. Having everyone rolling around laughing at classic Keaton physical comedy was an awesome surprise. 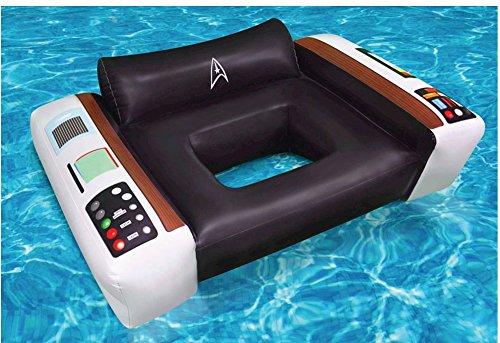 Do you love the Enterprise theme song the best? The catchy tune with lyrics (!) certainly stands out among all of the Star Trek series theme songs. If you love singing along to this inspiring song, get yourself some swag featuring the title slogan: Faith of the... 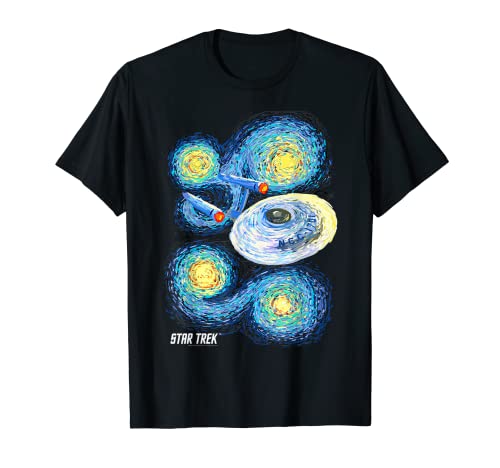 Get this fun graphic t-shirt that features artwork inspired by Starry Night by Vincent Van Gogh and features the Starship Enterprise. The mashup of Star-style pop culture icons is particularly fitting. This graphic tee design features the Enterprise along with circular shapes all done in the style of the... 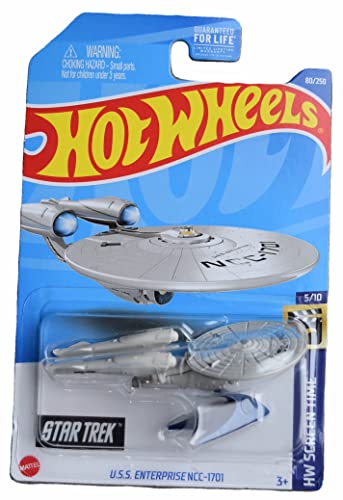 If you're a fan of collectible Hot Wheels vehicles and Star Trek, you'll love these small metal starships and other Star Trek vehicles put out by the famous toy car manufacturer. Check out these iconic Starfleet ships that have gotten the Hot Wheels treatment.